Will my Vehicle Pass State Safety & Emissions Tests after Conversion to CNG? 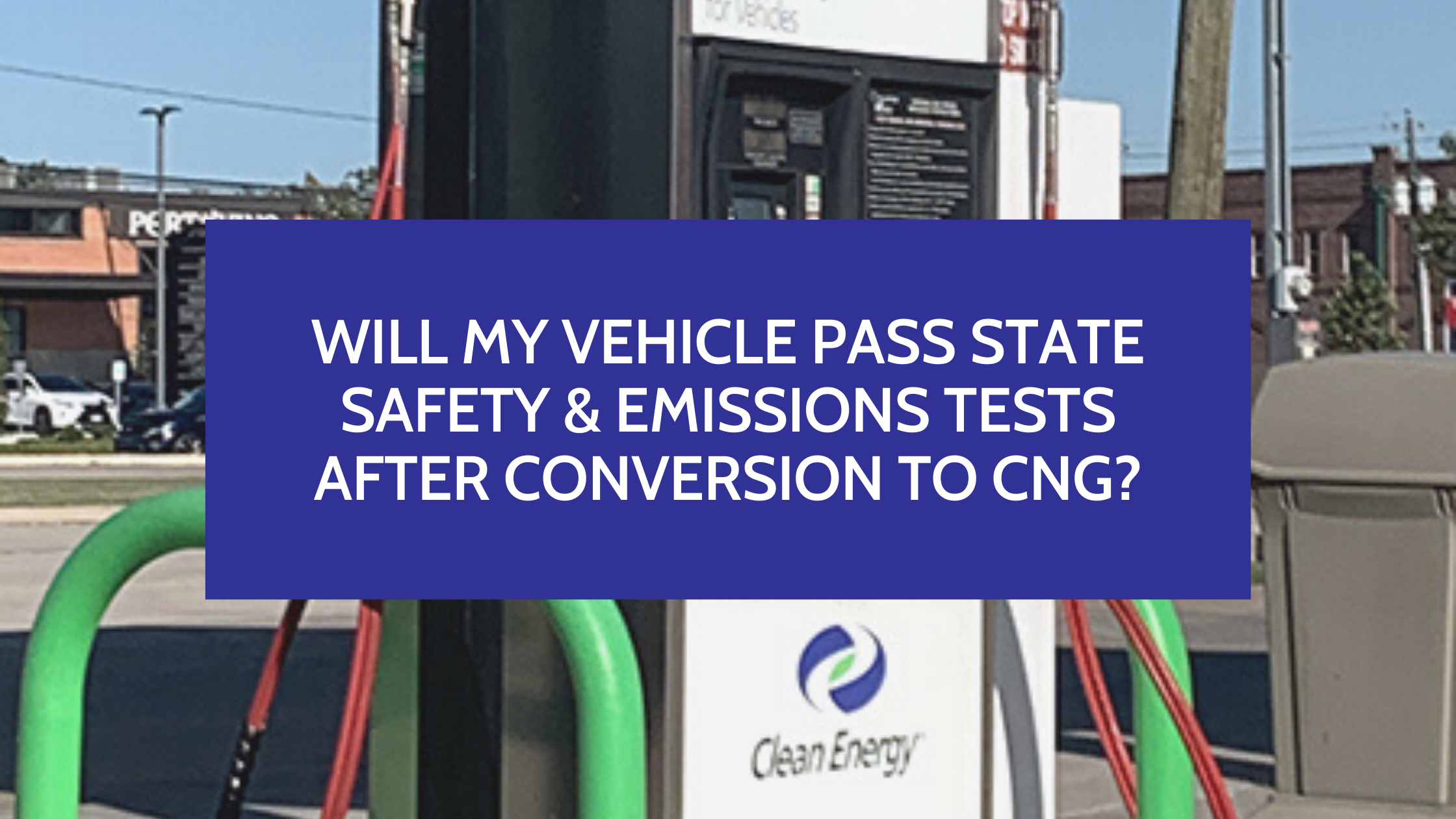 One of the most common questions we get about CNG conversion is whether your vehicle will still pass a state safety and emissions test – known in some areas as the “smog” or “tailpipe” test.

The answer is a resounding “yes!” (see note 1) because – unlike older and cheaper alternatives - installing a SkyCNG conversion kit does not require tampering with or disabling your vehicles oxygen sensors or modifying your vehicle’s powertrain control module (PCM) to block the check engine light.

SkyCNG kits constantly communicate with your vehicle’s on-board diagnostics (OBD) system to ensure they are running an optimal fuel mixture. When this is done correctly, you won’t get a check engine light or run into trouble with safety/emissions tests.

LET’S LOOK AT SOME REAL NUMBERS

CNG is a cleaner burning fuel than gasoline, containing over 90% methane. When mixed with the correct proportion of air, it burns almost completely, producing water, carbon dioxide, and very little else.

Gasoline, in contrast, contains a greater percentage of impurities – including heavier hydrocarbons and molecules containing nitrogen and sulfur atoms – that result in a higher level of emissions, including unburned gasoline.

Since the 1970s, automakers have been installing catalytic converters in vehicle exhaust systems to convert the unburned fuel into carbon dioxide and water. Critics will say that catalytic converters also stifle the vehicle’s performance, but that’s a topic for another day!

We took our 2010 Toyota Tundra (5.7L V8, 64,000 miles) to a local emissions testing facility and had them perform the test while the engine was running on gasoline, then again with the engine running on CNG.

As you can see in the table below, we passed both tests with flying colors.

You may notice that while the CO2 emissions were reduced by over 20%, the amount of residual hydrocarbon (HC) increased while running on CNG – although it still comfortably passed the test. Why did this happen?

A vehicle’s catalytic converter is specifically tuned to convert the residual hydrocarbons found gasoline exhaust. When the engine is running on CNG, the catalytic converter doesn’t do as much and some of the unburned methane shows up in the emissions test.

Vehicles with dedicated natural gas engines use a methane-specific catalytic converter. Unfortunately, it is not possible to install both types of converter on a bi-fuel vehicle.

Remember, however, those hydrocarbon emission levels are still extremely low – measured in parts per million (ppm) whereas CO2 is measured in percent (%) - and remain well below the required levels to pass any state test.

Also, the more accurately your CNG conversion kit is tuned and calibrated – assuming you have installed a high-quality system – the lower the residual hydrocarbon level will be.

We recommend re-tuning the system on an annual basis to ensure it continues to run as close to ideal fuel mixtures as possible.

Let us know if you have any questions!

Footnote:  (1) Except in California, where the California Air Resources Board (CARB) also inspects your vehicle to ensure you have installed an EPA-certified conversion kit on a qualifying vehicle, prior to performing the actual emissions test.

Those of you who have been following SkyCNG for a while will notice some pretty radical changes...

END_OF_DOCUMENT_TOKEN_TO_BE_REPLACED

Across all industries there is a movement toward sustainability and reducing carbon footprint, and...