Amazon and the Commercial Reality of CNG vs Electric Vehicles 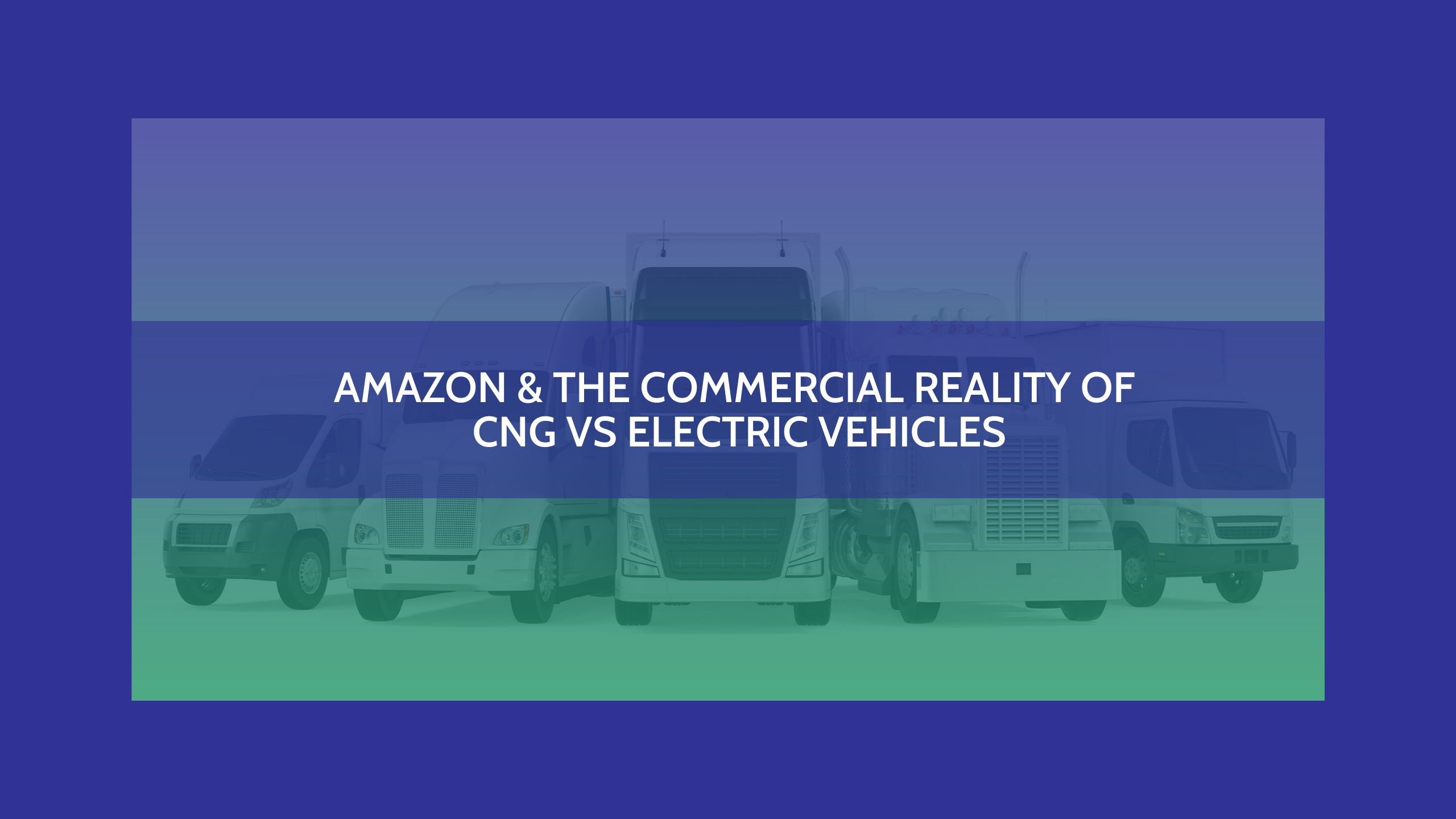 With the coronavirus pandemic boosting package deliveries to record highs, the company is under pressure to reduce emissions associated with its road activity – especially CO2 and other greenhouse gases (GHG) emitted by heavy duty trucks.

Amazon has set a goal to run a carbon-neutral business by 2040, which will require a major investment and explains why it is testing different approaches now.

Although medium- and heavy-duty trucks make up less than 5% of the road fleet, they account for over 20% of the freight delivery industry’s emissions, according to US government figures.

So, why has a tech-forward company like Amazon so far ordered more than 1,000 CNG engines and not made the seemingly more popular leap to electric-powered motors?

One answer is that electric motors are considered less viable for heavy trucking than for passenger transportation.

The company has ordered over 100,000 EVs to be used for last-mile delivery, but that’s mostly light duty, short range activity.

When it comes to long-range, heavy-duty transportation, CNG provides a logical stepping-stone, reducing CO2 emissions by 27% compared to diesel while still meeting power and range requirements.

Another big issue is the infrastructure gap between vehicle charging locations and refueling stations for diesel or CNG.

The distribution grid is already struggling to keep up with electricity demand for domestic and industrial use. Adding fleet-wide charging to that load will require further upgrades, in addition to the local charging infrastructure along key transportation routes.

Capability and infrastructure aside, the decision comes down to life-cycle emissions.

Just because an electric vehicle – whether it’s your family car, pickup truck, or an eighteen-wheeler – doesn’t have a tailpipe, we can’t assume it has a lower carbon footprint.

It takes a lot of energy to manufacture a battery electric vehicle, especially when you consider the effort required to mine the rare earth metals that are an essential component in current battery technology.

Given the huge amounts of power that a battery-powered heavy-duty truck would have to store, we can only imagine that the starting carbon footprint – before it has even driven a mile – will be significant.

Such figures are already available for passenger vehicles.

Delivering 1 million BTU of energy to an electric passenger vehicle produces about 183 pounds of carbon when powered by the typical US electricity generation mix (of which ~20% is still coal-fired). Another 36 pounds of carbon per MMBTU is emitted to produce the vehicle’s batteries.

In contrast, delivering 1 million BTU of energy to a CNG-powered vehicle emits only 117 pounds of carbon – a staggering 53% lower than the EV when battery-related emissions are included in the calculation.

Amazon, together with UPS and other major freight operators, must face the commercial reality of the emissions reduction options currently at its disposal.

While popular culture and the media would have them converting the entire fleet to battery power as soon as possible, prohibitive costs and life-cycle emission calculations mean such a strategy would be a fool’s errand.

Until the entire electrical power supply chain improves – including how the electricity is generated, distributed, and stored – there are only a few situations in which switching to battery electric vehicles makes sense.

For the rest, moving away from diesel power to lower emissions alternatives like CNG offers a cost-effective way of making a significant positive environmental impact.

And this need not be limited to the vehicle replacement cycle.

CNG conversion allows existing diesel- and gasoline-powered engines to run on cleaner-burning natural gas, reducing the emissions footprint of the fleet without premature replacement of vehicles that still have plenty of useful life remaining.

Contact SkyCNG for further information on CNG conversion or to answer any questions you might have about operating your vehicle or engine on CNG fuel.

END_OF_DOCUMENT_TOKEN_TO_BE_REPLACED

The Long-Term Effects of CNG Conversion - Will it Void My Warranty?

Some of the questions we get asked most frequently concern whether converting to CNG has any...